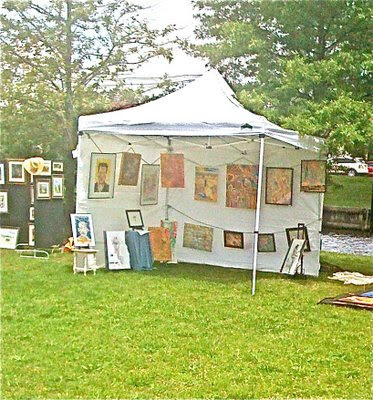 The watercolorist opened a box to reveal

the shredded remains of unsuccessful

portrayals. I use these in the pieces hanging

here she explained, pointing at framed

objects from happier times. She had gathered

and forced dried grass to grow again behind

glass, to coexist with soothing bits of feathers,

along to marry cerulean, deposited a landscape

in pastels, a patchwork of recognizable depictions

from death, loss, and the ground. Other artists

passed by her exhibit gathering ideas, and

in her crate. They were a fusion of persuasions,

backgrounds, and perspective on the festival's

temperaments. The wind was present too,

postulation, blowing the insecure and unfounded

each and every artist as particle before they could

steal away to their studios, their clay, their canvas,

their glass to blend another day's creative gloat

into another afternoon's hopeful sale, or the one

extraordinary invitation to solo away

from the constant mixing of disparate media

Posted by Odes and Aires at 7:07 AM No comments:

I played a harp crafted by Otis A. Tomas
a Cape Breton luthier. 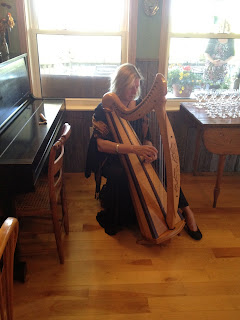 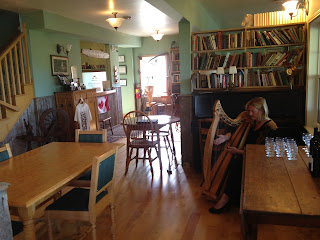 and author of The Bite House Blog

I am so grateful to have been able to play such a gorgeous instrument
between courses.  No chance I was missing a scrap of that meal!

I do also have a bit of fun between gigs - particularly in lovely places like Cape Breton's
Cabot Trail. 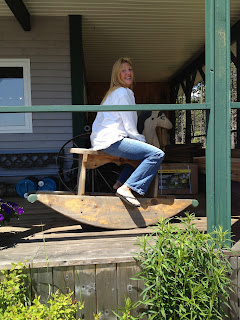 But on sunny afternoons such as today - I realize what a lovely life I lead,
even while at work - on the beach at Congress Hall 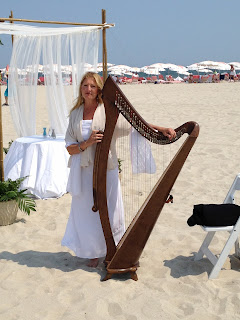 Read my new work - A review:

and the short feature: Deliverance on page 24.
Posted by Odes and Aires at 12:08 PM No comments:

Magical Moment in Echoes of LBI


Open publication - Free publishing - More beach
Posted by Odes and Aires at 10:10 AM No comments:

PLEASE UPLOAD TO YOUR SMART PHONE 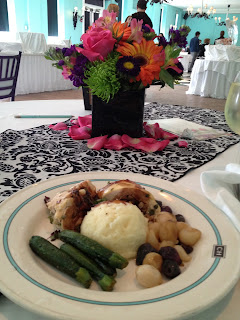 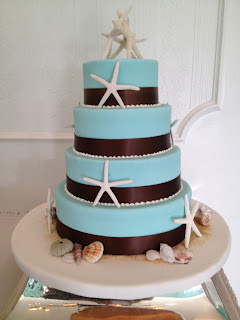 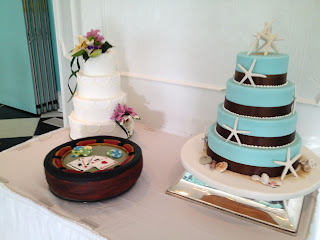 When I was finished pulling my strings
and covered my harp 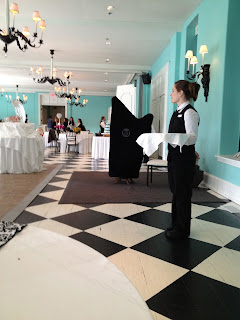 They maitre d offered me a dish 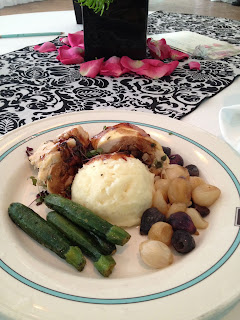 Every morsel was delectable!

Congress Hall takes such good care of its Harpist 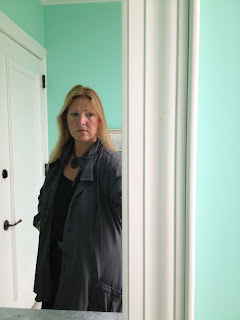 Thank you Congress Hall of Cape May NJ

Posted by Odes and Aires at 6:03 AM No comments:

Bridal Shows at the beach 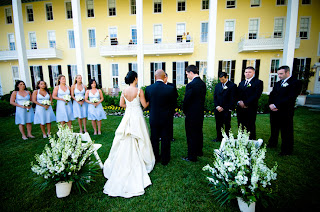 Last week I played a bridal showcase at Congress Hall.
Weddings there are magical. On April 22 - I play the Wedding Road Show 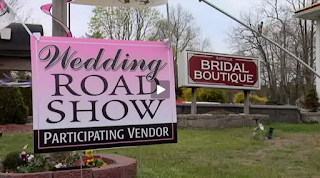 This year I will be at the Surf City Yacht Club 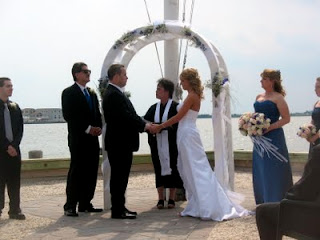 compliments of Ambient DJ
Come out and hear me play.
or visit my website:  www.jerseyshoreharpist.com 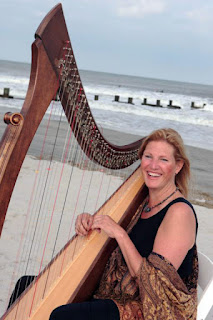 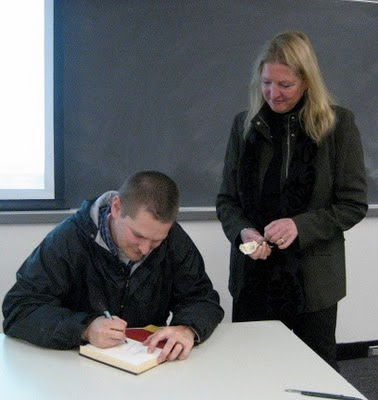 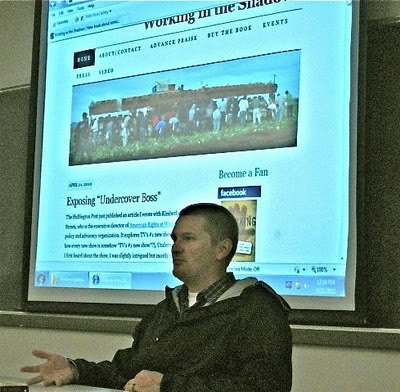 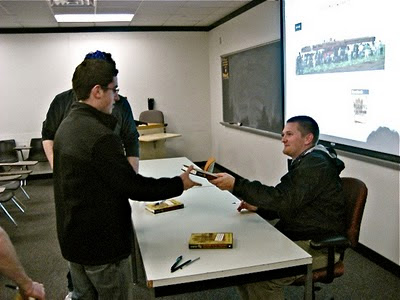 My 11:20 Rhetoric and Composition class met Gabriel Thompson, the author of one of their assigned novels . This is the second semester that I have included his book, Working in the Shadows, in my syllabus. During the winter break I emailed Gabriel to see if maybe he would be interested in making the journey down the GSP from NYC to speak to my class. I was thrilled when he promptly wrote back.
Hi Rosemarie,

Definitely intrigued! I'm relocating to California in May, so wonder about doing something before then, perhaps in early April? I wonder if the school could pay for travel? I don't own a car and so would buy train ticket I assume, and would be great if school could cover that.

Let me know!
Gabriel
What luck to catch him before he leaves for California! I thought.
After several back and forth notes and the basic red-tape forms from the college, which agreed to pay him a stipend, we settled on March 21. Well that was yesterday, and Gabriel enthralled a room full of normally sleepy, distracted, fidgeting undergrads. He sat comfortably at the front table and spoke to the 35 plus students in attendance as if they were sharing a meal while swapping stories. He had an innate sensitivity to the group, stopping here and there to answer questions. Good questions! As the "teacher on the sidelines" I enjoyed an unusual perspective and left class that day with a bit more bounce in my step. Too many times I think we teachers misread our students' faces as lackluster, bored, disinterested, puzzled, impatient. Yesterday I was able to interpret those same faces as intent, processing, weighing, connecting.
To my colleagues: I highly recommend adding flesh and blood author time to your curriculum.
To Gabriel: Thank you for taking the time to inspire my class.
To my class: Take that inspiration and continue to add to it! Keep reading!! 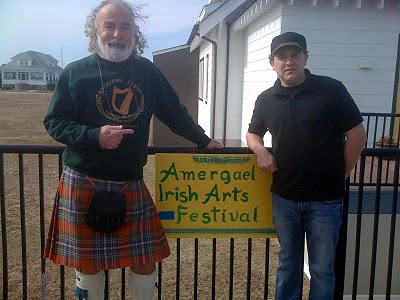 Irish Arts Day Sat, Feb 26-
11:00 to 4:00 at Maris Stella in Harvey Cedars, LBI
I'll be harping sometime around 1 and Kevin will be
piping just after. Come have some soda bread and tap your feet
to our jigs and reels.
Posted by Odes and Aires at 6:33 AM No comments:

This program is held at the Williams Center for the Arts,

Plus the words of William Carlos Williams

& open readings from the floor

Pomona New Jersey, and performs as a celtic harpist around the metropolitan

area. She has an MFA from Brooklyn College.

Her poems have appeared in anthologies and journals such as The

Michael O’Brien was born in Decatur, IL, went to local schools and earned a

Ph.D. from the University of Illinois. He is a professor of English in the

poems and reviews have appeared in The Literary Review, Lunch, Muse-Pie

Center in Rutherford and at the Geraldine R. Dodge Poetry Festival, The

Mike’s first book of poetry, Absence Implies Presence, is the result of years of

disciplined effort. His work examines the condition of man, starting from when

our ancestors' gestural language turned into spoken, and then written,

communication. O'Brien's work is wise and thoughtful, concentrating on the

human condition in our own epoch, between the first speaker of the language

and the last. He currently lives in Bloomingdale, NJ with his wife, Moira Shaw

O’Brien, and their cat Saja.

http://www.rutherfordlibrary.org/june2010poetry.pdf
Posted by Odes and Aires at 8:02 AM No comments: 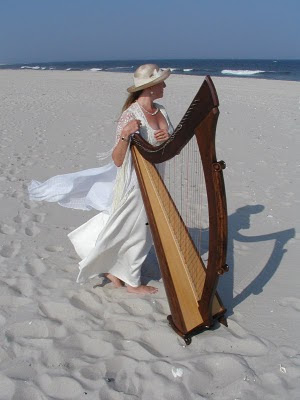 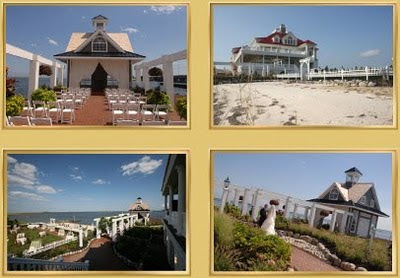 I will be pulling my harp strings for all you shopping brides at Mallard Island Yacht Club http://www.mallardislandyachtclub.com/ for the first annual Long Beach Island Wedding Road Show.http://www.visitlbiregion.com/weddings/road-show-registration/
Posted by Odes and Aires at 3:11 PM 1 comment:

http://www.southjerseyunderground.com/
South Jersey Underground has published my short story "Pis En Lit"
This issue is full of striking photos, artwork, poetry, short stories and music.
I am excited to be a part of this total arts venue.
Posted by Odes and Aires at 12:39 PM 1 comment: 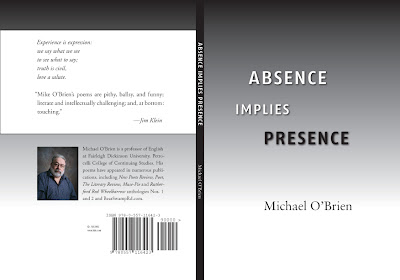 In Honor of the Upcoming Reading at the Williams Center

The meadows were soaked in rain.

The meadows soaked up the rain.

The rain soaked the mead, oh!,

The mead owes the soaking rain,

soaking rain make me some mead!

the gush - way too loud

for the soft voice of Nick Drake

humming from the cd player

to calm the difference.  Coy kept up

his scrabble of words, initially

I crack myself up,

on the steering wheel for effect.

He peered at the car stopped

next to his at the light.  A woman

was staring at the strange man

in a brand new Lexus:  balding,

He was having a conversation,

Jeez - what the fuck do you think

he's goin on about?"

She checked herself in the rearview,

her front teeth and rolled down

her side window.  She wanted

to comprehend the visual.

Her Rage Against the Machine

blared into the space separating

the two vehicles.  The traffic light

and the all too puerile flipped

She yelled,  her words pelting

the wet air,  filling in the few

spaces of clarity between

she had filled the void

for herself.  He had shown her how.

Poetry in Rutherford
Wednesday, September 9, 2009
7:00 PM
Featuring the
Red Wheelbarrow
Poets
&
celebrating the release of
the second edition of
The Rutherford Red
Wheelbarrow

Posted by Odes and Aires at 3:34 PM No comments: 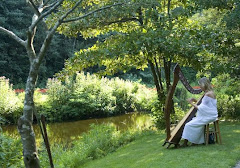 On the Centennial of Williams' First Book of Poetry